My latest journey with Bella Guatemala Travel. Get to know one of the most fascinating civilizations and cultures on Earth, as they take you on an intrepid expedition to discover the “Lost Kingdoms of the Maya” world! (Filmed on location in Guatemala and Honduras)

I just peeled off my sweat-soaked mask and kicked off my mud-caked hiking boots upon returning from a 2-week expedition through Guatemala, exploring some of the “lost kingdoms” of the ancient Maya world with Bella Guatemala Travel. One of the highlights of the tour, which is, as aptly advertised, called “The Lost Kingdoms of the Maya” tour, was an adventurous visit to the remote jungle region of Petén in the northern part of the country to explore the Pre-Classic site of El Mirador, the largest Mayan archaeological site ever discovered. Accessible only via helicopter or a mud-slushing 3-day trek through an uber-dense forest, which is home to the feared fer-de-lance snake and the highest population of jaguars in Central America (I took the helicopter), El Mirador was one of the earliest and most powerful of the ancient Maya city-states, dating back to over 700 BCE. Pictured here is La Danta pyramid, the tallest pyramid in the Americas (230 ft). It is part of the most massive Mayan complex ever built, and one of the largest manmade structures of the entire ancient world (even larger in volume than the great Egyptian pyramid of Giza). Construction of La Danta dates back to 300 BCE. Though most of it is still buried beneath the jungle, El Mirador is one of the most significant discoveries ever made throughout the Maya world. Recent discoveries that researchers are making here are forcing archaeologists to rethink Maya chronology and rewrite chapters in the history books of these fascinating “Lost Kingdoms”.

Stay tuned for more about my recent adventures with Bella Guatemala Travel! 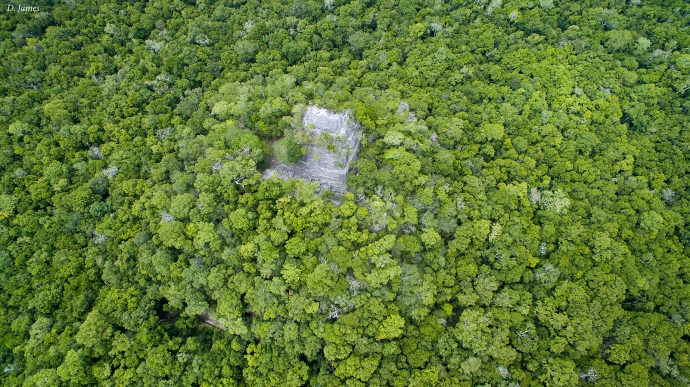 Uninhabited. Island style isolation, courtesy of @sailrockresort (South Caicos). 🎵: “Penguin Island” (Original Mix) by Peter Rubenstein - - - #GringoWithAGreenBag #Sailrockresort #sailrockliving #SouthCaicos #turksandcaicos #uniladadventure #Caribbean #dronephotography #passport #islands #islandlife #luxuryrealestate #droneoftheday #travelphotos #paraiso #dronestagram #coastalliving #dronefly #aerial #drones #dronelife #dronephotography #djiglobal #islandvibes
I swear when this is all over with I’m gonna be tempted to just jump in my car, pack some Rockstar energy and Red Vines and drive as far as I can possibly go. If I head northeast for a while (a long while), I might just end up back here, on the Icefields Parkway in Alberta, Canada. It is the most beautiful place (and drive) I have ever seen. Will keep that on the brain’s radar...especially since gas is approaching a decades low price and I’m dying for an extended jaunt out of the city. 👍🏞🚙💨 - - #GringoWithAGreenBag #roadtrip #Canadian #Alberta #wilderness #inspiration #hiking #trekking #trails #hike #trek #naturelovers #explorers #adventuretime #travels #travelstoke #travelbug #passport #travelphotography #travelmore #mountainview #scenic #scenery #forest #travelpics #traveltheworld
I guess I was social distancing before it was a thing. Not intentionally. To be honest, I expected a few more people when I first arrived on the “World’s #1 Rated Beach”. I thought it was a hidden camera show. Nope. It’s just the boundless and often crowdless beauty of the magnificently spacious Grace Bay, Turks and Caicos. - - #GringoWithAGreenBag #drone #dronestagram #WorldNomads #earth #earthpix #drones #dji #djiglobal #droneoftheday #TurksandCaicos #coastal #coastline #dronelife #quadcopter #skyview #aerial #landscapes #dronefly #passport #Caribbean #TCI #beachbum
The eye of the stingray. One of the most badass in the natural world. Like a docile, yet shrewed phantom from the deep, just waiting for a rowdy sucka to act a damn fool and get a swift whip of that barbed weapon on the back end. In actuality, however, they are a very gentle and somewhat timid species. 👁💯 - - #GringoWithAGreenBag #GWAGB #stingray #underwater #underwaterphotography #marinelife #mar #oceanlife #snorkling #diving #dive #watersports #oceanphotography #oceaneyes #passport #travelpic #travelphotographer #bahamas #exuma #goprohero #goprophotography
The only type of social distancing I like is the voluntary type. Recreational quarantine is a good thing...especially when the fish are biting and the beer stays cold. I’ll be ready to pack the green essentials once we get the green light. - - #GringoWithAGreenBag #GWAGB #outdoorslife #campinglife #isolation #wilderness #camping #trekking #outdoorsman #mountainlife #peaceofmind #recreation #quarantine #hikingtrail #naturepic #naturephotos #campvibes