Happy Friday y’all…throw ya hands up! Well, January was sort of a blur. Fastest month on record, I’m guessing. Though an exciting thing did happen here since I posted last week…RAIN!! Yes, we felt raindrops on our foreheads here in Southern California for the first time in what seems like a decade. “Hollywood showers” may be resumed soon. 🙂  So, drought and earthquakes aside, 2014 is moving right along. Another place that is not unfamiliar with drought and perennial sunshine is Australia…and this week’s Foto Friday is from a little place called Port Fairy in the state of Victoria. When you live in a dry climate like California’s, you really appreciate the sight of a rainbow when you see it. The ocean is always mesmerizing to me, but combine it with a heavenly arc of primary colors pouring into the horizon and you’re gonna catch a giddy excitement on the faces of most who witness it. I’d love to see rainbows more often, but it’s like those Thin Mints Girl Scout Cookies…if I had them throughout the year, I might not have the same fervor as I do when they magically appear on my doorstep every March (making space in my freezer as we speak). A heartfelt thank you to Mother Nature…and the Girl Scouts of America. 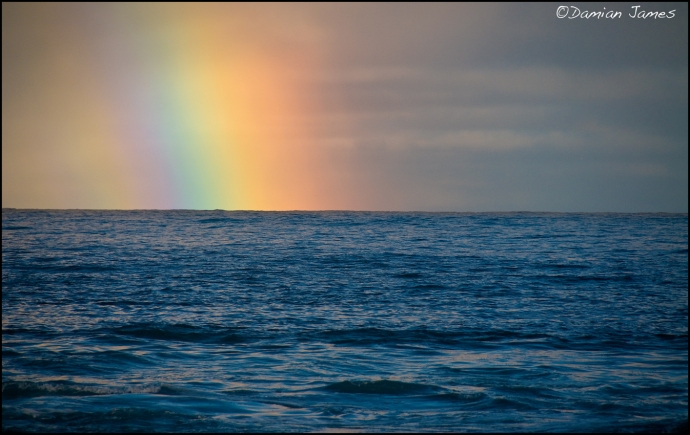